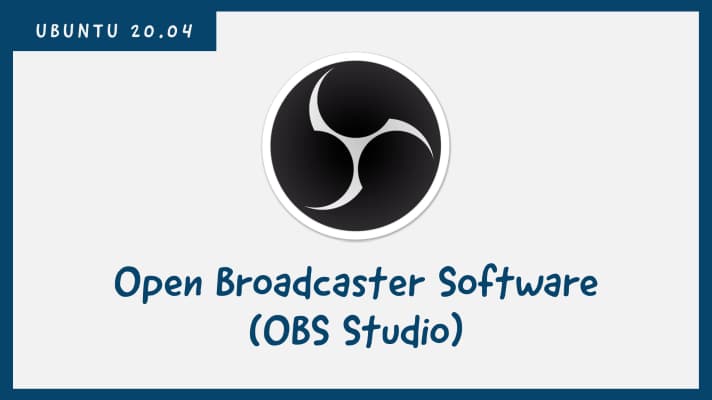 An OBS Studio aka Open Broadcaster Software is a cross-platform, open-source and powerful live streaming and video recording application. Repository for source code is available on GitHub.

While writing this article, it supported for Linux, Windows, and Mac platforms. Some of the sponsors are Facebook, Twitch, api.video also.

Some of the supported available features

Note: OBS Studio is dependent on ffmpeg so first we need to install it with below command.

Below command will also fix broken packages as we’ve specified -f option within our command.

An official PPA for OBS Studio is also available for download. First, we need to add PPA to our system.

Open your terminal (Ctrl+Alt+T) and run the below commands with sudo privileges.

This command will install the latest OBS Studio with other dependencies and fixes broken packages if any. It can be updated through the command-line or your Software Update tool

Once the installation is done, we can now run obs studio from application launcher or type obs in terminal.